How Well Do You Know LEDI?

Lighting industry journalist Linda Longo chats with company founder Nick Senofsky about the strides LEDI has made since its inception 10 years ago.

How did LED Inspirations come about?

Prior to becoming a lighting manufacturer, I owned the Lighting Unlimited showroom in Houston. LEDs were just coming out and becoming popular — but they had a lot of problems. Our showroom was one of the early adopters, which is what set us apart during the Recession of 2008-2010.

We created a special LED room where we featured all sorts of LED products, such as warehouse bells, track LEDs, and bookshelves lit with tape light. We discovered that 80 percent of our LED sales was in tape light because it was a wonderful product that was more efficient, more versatile, and generated less heat, making them safer than the most popular systems available.

When we first started selling tape light, the biggest hinderance was that the sales associates were uncomfortable with it. They knew how to sell lamps and lighting fixtures, but tape light is a system. They suddenly had to deal with technical issues — and that made them more reluctant to sell it. As a solution, we spent lots of time on training to get them more comfortable. Also, while I thought tape light was a brilliant idea, I realized that no company at that time did a great job of building the product. It had a lot of problems: the color rendering was horrible, there was no color consistency, the adhesives failed often, the connectors weren’t very reliable, and the product itself was not very rugged. I just thought, “Boy, we could make this so much better!” The industry didn’t even have a tape light in 2700K back then, which was a problem for some of the jobs that we did because it didn’t match the other lighting in the room.

When I started LED Inspirations, I thought, “We’re going to make this product fantastic and fix all of these problems!” We were the first to come out with the red 3M VHB adhesive on the back, and the first to come out with tape light in 2700K. We built our tape light on a circuit board heavier than anyone else’s in the industry by a factor of two or three; we made it really rugged and longer lasting. We most recently rebuilt our connector, which now holds five patents. Those were all technical reasons for starting the company, but there was another reason—customer commitment! 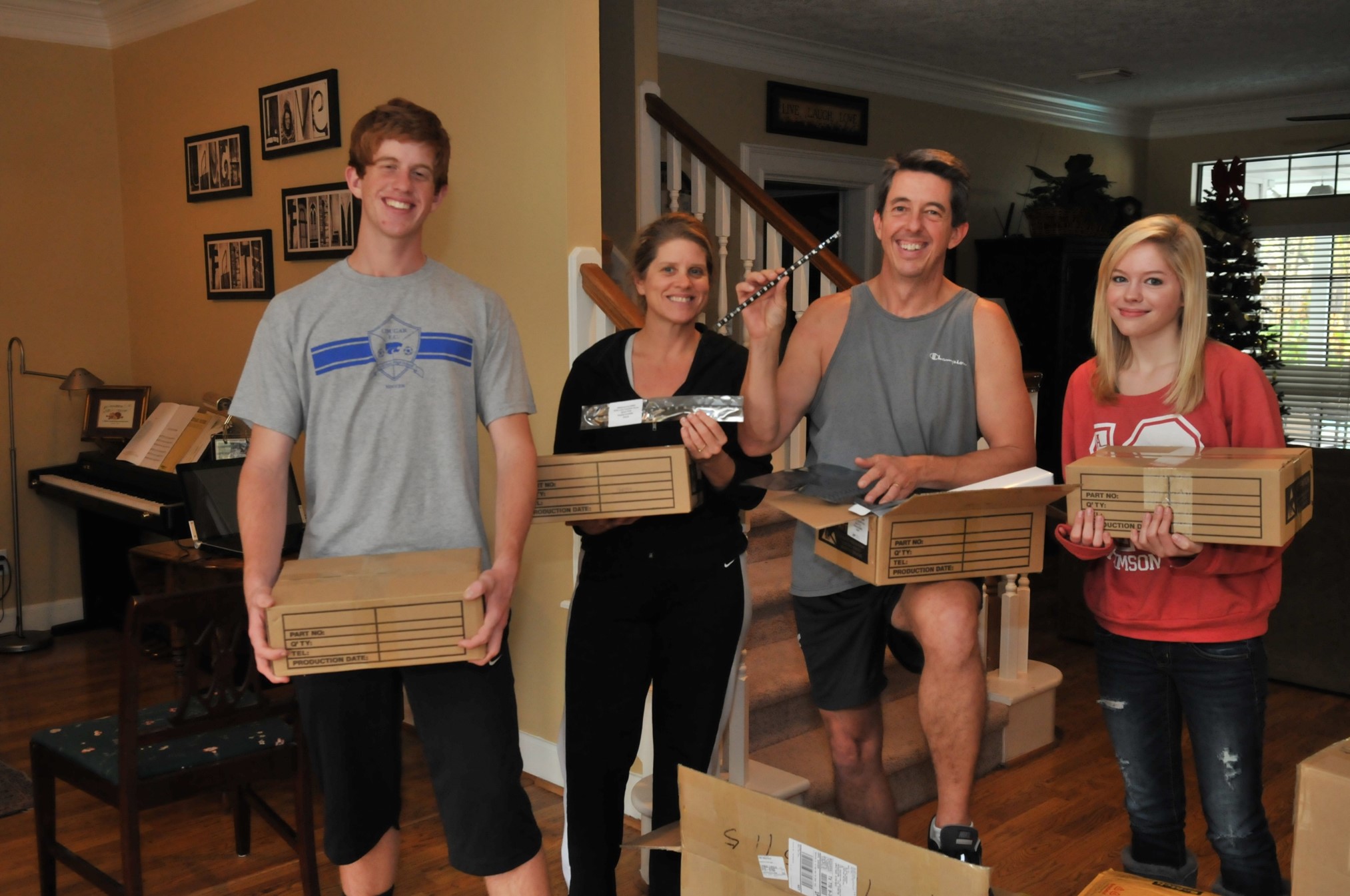 With LED Inspirations, we started from Day 1 helping homeowners, electricians, and installers with their designs and product selection and assuring those customers that they could call us to figure out wiring, wattages, and loads, and how it all goes together perfectly into their system. We were just relentless about helping them. We were the first ones on the ground to really help people become successful with the category.

In the beginning, we did a lot of showroom work, but over the last handful of years we’ve really focused on the commercial market. When we first started doing commercial work, we seemed to be a well-kept secret that kept getting discovered and recommended. What people in the commercial industry appreciated was a company with a high-quality product that deeply cared about it being installed perfectly. The people doing commercial jobs don’t want to worry about the longevity of the product or that their installation would go bad sometime down the road. They want to work with a company that has a product that works perfectly and is going to last for a long time.

The commercial folks who use us have come to love us because they can rely on us for two things: a super high-quality product that they’re not going to get call-backs on – which is really important to them – and secondly, that we’re going to be relentless with the end user until the job is in and everyone is happy. That is our commitment to our customers.

What makes LEDI stand out from the other tape light products?

There are very, very few companies that make their own tape light. Companies have discovered that tape light is a profitable category, so they find a manufacturer and buy it as cheaply as possible and slap their label on it. Tape light is not their focus and it isn’t anything they build. They don’t know that much about their own tape light because they didn’t design it.

We make our products to our own design and specifications — and it’s all made in our factory. We control every step of the process. If you look at our website, there is a video where I take you step by step through the entire process in our factory and you can see that we control the quality all the way through. 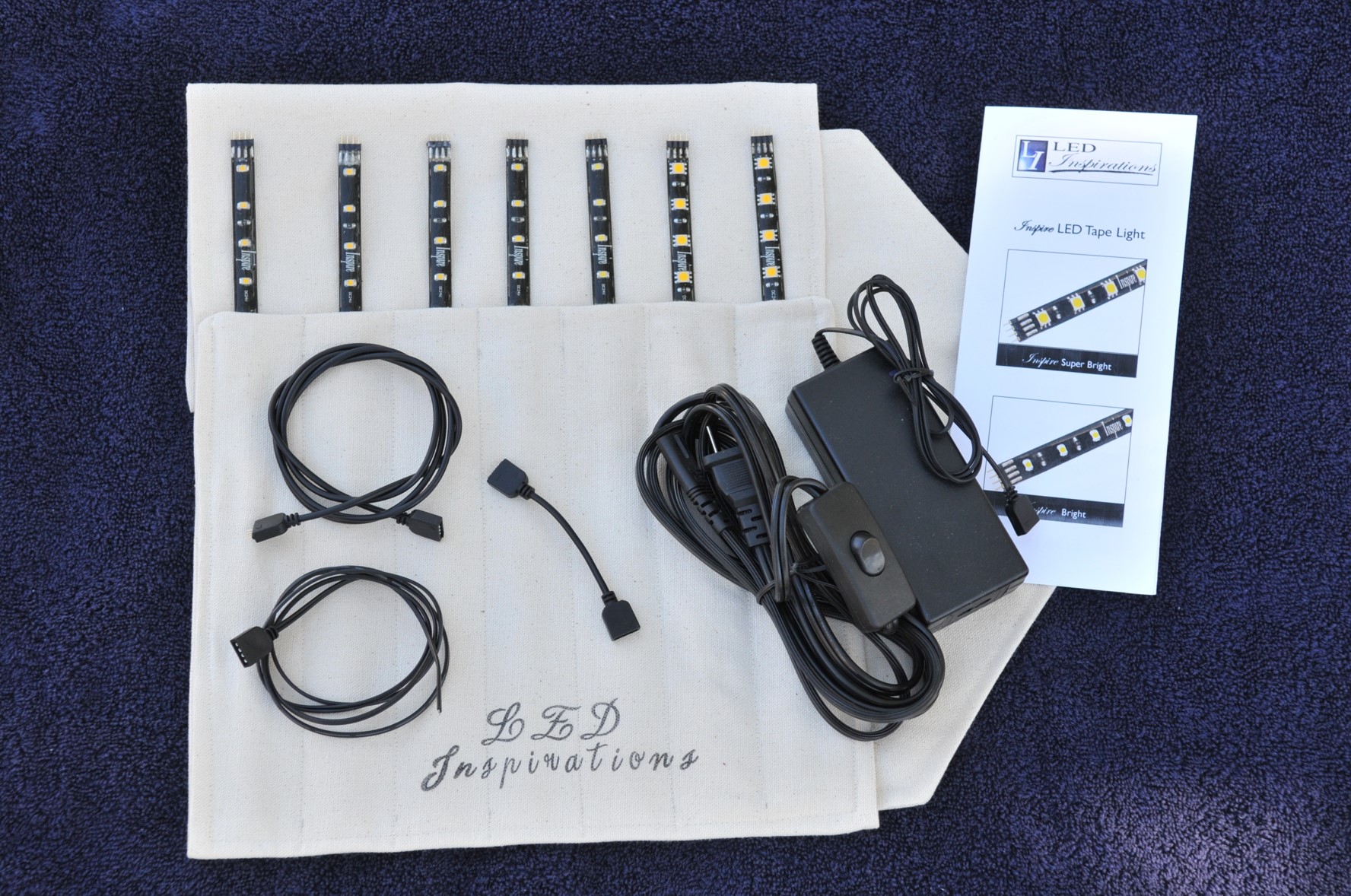 LEDI’s first “Field Kit” design used to showcase products. The unique ability to roll up the kit was a huge hit as it allowed for quick and easy transport. – 2011
SENOFSKY:

The other aspect that sets us apart is our dedication to helping our client through the entire process. We have a full team of designers whose job is just working on everything from auto-CAD to building plans and, even if it’s a small bathroom with an image taken by a cell phone as a guideline, they’re helping to lay out tape light and count out driver wattages. They’re making sure of two things: one, that we’re laying out the job to our clients’ specifications; and two, that they’re not just going to be just “okay” with the result but thrilled — to the point that if it won’t do a great job, we’ll find a better solution. Because of our commitment to making our customers happy in the end, we don’t want to throw our product on a job if it’s not going to perform well.

Our team knows the color of every wire and every driver. We know how to hook this stuff up; we know what it can do and what it can’t do. We will follow that job from the design process to the moment it ships from our warehouse, and all the way up to and through the point where someone is on-site installing it. All of our customers know that we stand behind everything we do.

What was the turning point for LEDI’s success?

One of the biggest challenges in the beginning was the lack of LED knowledge in the industry. People were afraid of LED tape light because they didn’t understand it. I think the turning point was the positive word-of-mouth by industry friends who tried our tape light, plus our decision to exhibit at the Dallas Market Center during the lighting market. 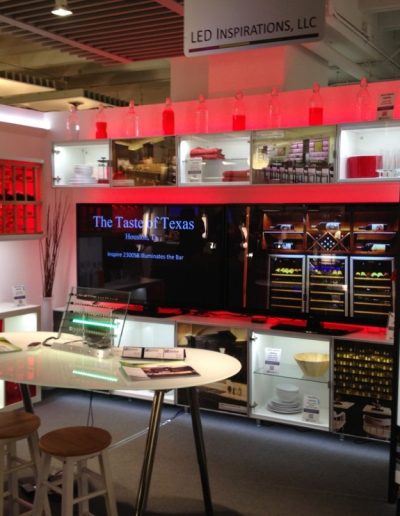 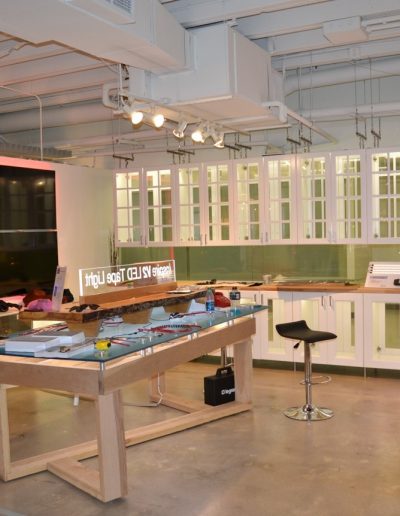 LEDI upgrades to a larger showroom at Lightovation – 2014 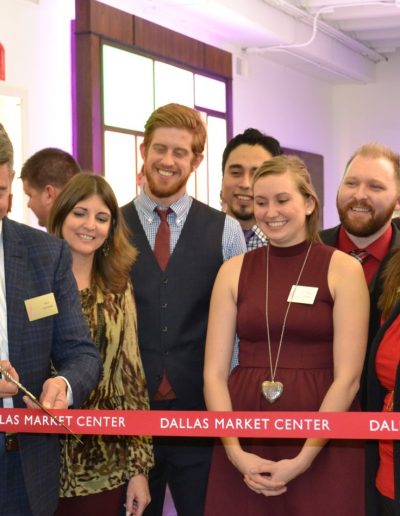 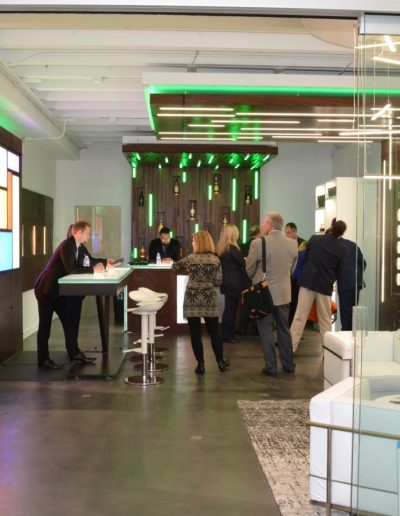 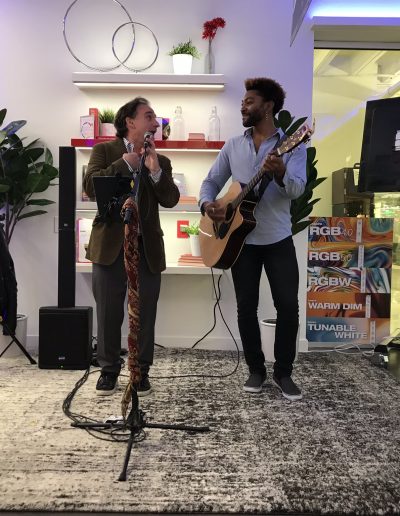 Live music in the showroom became a hit. Lightovation attendees often drop by and hop on the mic. – January 2020

We signed up a lot of top manufacturers’ reps very quickly because they were hungry to partner with an LED company that really understood the product and were willing to train them on it. We consider our reps to be an extension of our company; they’re part of our LEDI family. They get all the same love, care, training, and support along with the integrity that we offer our customers.

What has changed since starting the business 10 years ago?

One thing that has changed is the transition of LEDI from a single owner, entrepreneurial start-up to a fully functioning mature company. We added staff, and what’s really blossomed is the full-on commitment to help people grow in their leadership abilities.

LEDI has always been a great place to work; one of the things we commonly hear employees say is, “I’m a better person for working here.” That’s personally really exciting to me.

One thing that hasn’t changed is our “servant leadership” model. Our company was founded on the principle that we serve people. We serve one another; we serve our staff, our reps, our customers, and our end users. My job is to help my team; I will do anything to make them successful and help them grow, learn, and to do their job with excellence. In doing that, I model for them how they are to treat others. This is how we really encourage our staff to be willing to do anything to help our customers be successful so that our customer gets the credit from their client for the beautiful lighting job done with our product.

What makes you the most proud?

Any of our achievements in technology or lighting, however, pale in comparison to how proud I am of our people. When you think of leaving a legacy, people aren’t going to remember a tape light product; they’re going to remember how we made them feel, how they grew, how they benefitted, and how they were cared for and honored.

What are your goals and hopes for LEDI in the future?

I’ll tell you what won’t ever change: all of the core values and principles that this company was built on like our caring for the customer, our absolute commitment to the highest quality product, and the growth of our staff. Personally, those are unwavering.

From a company growth standpoint, we’ve really done a good job of mastering the whole tape light thing. What we’re doing now is applying all those strategies that made a great tape light product to other architectural linear lighting products. In the future, we hope to be releasing more of those categories where we feel we can make improvements – and develop those things we can really serve our customers with – and continue to be a source to their success by offering them a high-quality product and top-notch support.